Wikipedia:Articles for deletion is not a war zone

This is a draft essay and is open to editing by all. Participation from those interested in deletion discussions is especially welcome. 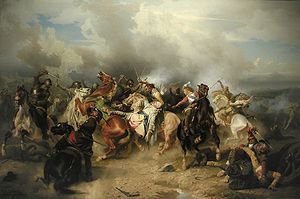 Deep within the lower depths of our encyclopedia, a mostly silent battle has been raging. Bitter, pitiless and endless; reliable sources have held up the conflict as a possible cause for Wikipedia's stagnating new article creation rate.[1][2]

The site of this conflict is Wikipedia:Articles for deletion, widely known as AfD. The two factions are known as Inclusionists and deletionists. Not all agree that these labels are helpful, and indeed many or most participants in AfD don't neatly fall into either camp. However, no better words exist for identifying the opposing philosophies.

This essay discusses the different perspectives that drive the conflict, in the hopes that once participants can come to respect the opposing camp, all will be able to conduct themselves in a collegial and constructive manner.

Inclusionism is the view that one can best help the encyclopedia by retaining as much content as possible, demonstrated by a tendency to !vote keep at AfD discussions. Adherents often think the people's encyclopedia should cater to all tastes, and with the exception of attack pages, hoaxes & obvious spam, they generally hold that if someone makes the effort to create an article, it should be retained; Wikipedia is not paper. If they worry about how the outside world views the project, they tend to think it will be judged on breadth and quality of content, and that having articles on relatively trivial or fan-related subjects is in no way a problem. They argue that overzealous deletion is a case of biting the newcomers, and that it discourages potentially useful contributors.

Deletionism is the view that one can best help the encyclopedia by ensuring that readers can trust that all material on it is reliable, accurate, and presented in terms of its impact on the real world. Since encyclopedias are supposed to use secondary sources to build articles, they take a dim view of topics that do not have secondary sourcing. To them, an article that uses only primary sources is original research and would be more appropriate somewhere else on the internet. They believe the various gems our project contains are diminished if they're presented alongside trivial or otherwise undesirable articles. Some of them worry that including trivial and fan-related articles reduces the project's academic respectability, and that unwatched articles on trivial subjects will be vandalized, hoaxed, or devolve into WP:OR.

The results of holding these views too strongly[edit]

Both views are in their own way noble. But sometimes they are so passionately held they cause their adherents to behave in non-constructive ways – insulting other editors, trying to prove a point, engaging in passive aggression, and underhanded tactics.

Leaving aside the direct effect on the more sensitive editors, these kinds of behaviours perpetuate themselves by causing editors on both sides to become locked in a vicious circle of opposition. The result is a corrosive atmosphere that damages Wikipedia in many ways. Editors are drawn away from editing to instead engage in protracted arguments, and many editors avoid deletion discussions leaving only the battle-hardened few. 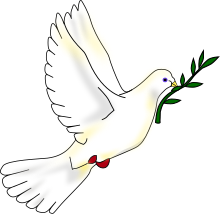 If even politicians can shake hands after a debate, so can Wikipedians

All who take part in AfD will elevate the environment towards lasting peace if they conduct themselves in a calm and civil manner. Here are some suggestions that may help:

If you wish to argue for deletion[edit] 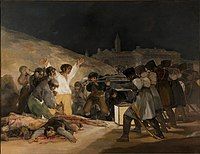 If you wish to keep the article[edit]