Wikipedia:Beef up that first revision 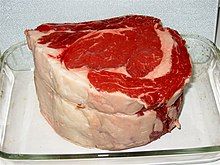 Beef up your first revision. Your article should look like this from the outset.

New page patrollers are frequently confronted by articles that are only a few dozen words in length. What are we to make of them? It's almost impossible to determine the potential of such an article. Articles for deletion discussions frequently involve authors asking those in the discussion for time to improve the articles. We can agree or disagree upon whom the onus rests in this struggle, but hopefully this essay will illuminate one point of view a little more clearly. 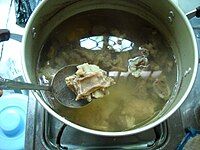 Notability is asserted, but what about context? How are we to know anything further about this individual? This seems to be just the sort of article that {{db-context}} was made for.

How about this one?

There is absolutely no assertion of notability here; an easy candidate for {{db-nn}}. The article for Georgia Tech was existent and very substantive at the time of this article's first publication, but mere association with a notable subject does not confer notability on another.

Do you know what articles these are? All three have been eventually listed as featured articles.

The first is Norman Borlaug. Just a dozen revisions, in a few months' time, after that exceedingly humble beginning, the article more than quadrupled in size, contained a brief personal biography, multiple references, and better organization per the Manual of Style. That revision was still nothing compared to what the article would eventually become, but it was incredibly more substantive, and its potential infinitely easier to judge.

The second is Ayumi Hamasaki. The process was a little slower chronologically speaking in her case, but after eleven revisions, notability was asserted (though the article still lacked references), far more context was present, and so were suitable external links.

The third is ANAK Society. After just 13 hours of revisions, all done by the article's original author, it was more than thirty times this size, had a dozen references, seven section headers, copious wikilinks, and a picture. It was clearly still under construction (four of the section headers had no content under them), but no one would have ever considered nominating it for speedy deletion.

Though there was no incidence in any of these three cases of anyone proposing deletion or speedy deletion of these super-stubs, there very easily could have been. New page patrolling is a more widespread practice now, and there are users who check Special:NewPages frequently, looking to weed out articles unsuitable for inclusion in Wikipedia. The type of article that most catches the eye of new page patrollers as potentially unsuitable and needing to be checked is an exceedingly short stub. And it's with reason – often first revisions that are only a sentence or two in length are pure vandalism or self-promotion, two of the most obvious reasons for speedy deletion.

Even if an article isn't suitable for speedy deletion and goes on to survive its extreme infancy, a lack of actual content can be frustrating to editors participating in an articles for deletion discussion (AFD). Articles that at least assert potential notability and provide a small amount of context, but are still of questionable actual notability, are taken to AFD, where editors frequently ask for more time to add content than an AFD discussion typically affords. This request is not in itself unreasonable, but it could so easily be avoided.

If the editors who started these or any other articles with similar beginnings had simply written stronger, larger first revisions, all possible problems would have been avoided. There is no deadline, true, but the first interpretation of this statement is not invoked nearly as frequently as the second. Editors should take their time. This may be in the case of taking a little while typing into the once-blank box before publishing something written semi-extemporaneously. This may also be in revising and editing a draft in the userspace or draft space before putting that content into the mainspace.

Many users have lists on their userpages of the articles they've created. It's natural to want to document one's achievements, but in practice, many of the users that have numerous hundreds of articles in these lists created extremely short stubs such as the examples above and then gave them little to no further attention. There is no need to "scoop" anyone, certainly not a fellow user, and one can take equal (or more) pride in providing strong revisions to an article as they would in having their name on the first revision, particularly if they were a driving force in bringing the article up to good article or featured article status.

So beef up that first revision. There's really no reason not to, and doing so cures a lot of ills and potential ills.