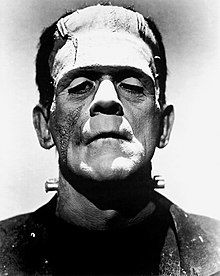 Building the Frankenstein is a variation of original research. Generally, it is a good faith error by Wikipedia editors attempting to find as many sources as possible about a subject. Often, in this situation, the information presented by the sources are not actually about the same subject, and when mistakenly combined, create a Frankenstein's monster (often mistakenly called a "Frankenstein" which makes this analogy more interesting).

Based on that, an editor may write:

The information may be correct, but there is a possibility of mistaken identity with, for instance, John Doe from movie A being a different person than the one from the movie B. It would be accurate if a source (Newspaper Z) writes "John Doe, who played Johnny in the movie A, will be in the movie B as Carl".

Attention: The following examples are all verifiable but mistakenly combine information from two or more homonymous people.

According to WP:BIO: "Database sources such as Notable Names Database, Internet Movie Database and Internet Adult Film Database are not considered credible since they are, like wikis, mass-edited with little oversight. Additionally, these databases have low, wide-sweeping generic standards of inclusion."

Another reason why these are not reliable sources is because they build Frankensteins: they are based on trivial sources which makes them susceptible to errors. For instance, IMDb itself admits that "occasional mistakes and omissions are inevitable"[41] like some profiles which have credits of different persons,[42][43] people who have multiple profiles because they were credited with different names.[44][45] For instance, according to an archived version of Mariana Rios’ IMDb profile, she was in a 1953 film (before she was born!).[46] 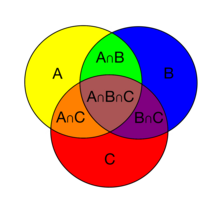 A Venn diagram representing intersections of sources A, B and C

Verifiability is a necessary but not sufficient condition. Let the sources be sets; make sure that there are enough intersections of non-trivial reliable independent secondary sources to guarantee that all sources are about the same subject. If the depth of any source is not enough, you should avoid adding it to the article. It's not just a way to make sure the topic of your article is notable: it's also a way to make sure that the article is consistent. If several reliable independent secondary sources are in a consensus (represented by intersections) about a statement, it tends to be more reliable. In addition to these, it is also a way to find biased or minor views: if just a few sources agree about a statement it tends to be a minority point of view.