From Wikipedia, the free encyclopedia
Jump to navigation Jump to search
Not to be confused with Wikipedia:Grief.
For the solemn page to express grief, see Wikipedia:Deceased Wikipedians. 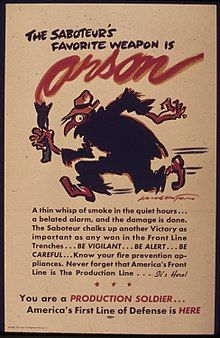 In wartime, sabotage was the deliberate disruption and subversion of the war effort by breaking and destroying things. 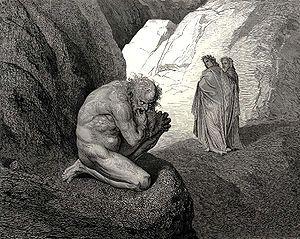 In Dante's Inferno Virgil tells Plutus, who is menacing Dante, to “Be silent, thou accursed wolf; Consume within thyself with thine own rage.”[1]

Griefing is the act of chronically causing consternation to other members of an online community, or more specifically, intentionally disrupting the immersion of another player in their gameplay using aspects of the game in unintended ways. The term griefer originated in the online gaming world, and although Wikipedia is not commonly regarded as a game (but see Wikipedia is a MMORPG), the phenomenon also occurs here, as it does also in other online communities such as Facebook.

Griefers are similar to trolls, with the main difference being that griefers will sometimes act in groups, in the form of tag team editing, to deliberately ridicule content on Wikipedia with which they disagree, to ridicule and harass editors associated with that content, and to interfere with the normal workings of the project. Trolls will instead more often act individually by baiting other members in an attempt to disrupt, and by causing other community members to waste time in dealing with the troll's actions. Both griefers and trolls are usually acting out in a desire for attention, or for what they perceive as revenge.

With the growth of external websites where participants sometimes discuss content at Wikipedia that they find humorous and/or offensive (sometimes referred to as "wikigroaning"), there has been a growth in the number of persons who come to Wikipedia motivated by discussions at those sites. In some cases, these persons come as meatpuppets, although their actions are usually not officially endorsed by the websites from which they came. They can arrive, often within a concentrated period of time, as single-purpose accounts, and may be reluctant to explain why so many editors with the same opinions have arrived at a page at the same time. If they become registered users, they may decorate their user-pages with material that mocks the subject matter that concerns them. For processes such as requests for comment, where editors depend upon transparency and the absence of canvassing, griefers can be very disruptive to the normal editing process.

Griefers may lack social skills. They fail to adjust to social norms and do not take criticism well. They may think it is funny to get a reaction from other people. On Wikipedia a griefer may be a POV warrior, a vandal, someone engaging in personal attacks, an editor who habitually lacks civility, or even an administrator sympathetic to other griefers. However, not all griefers are rude, and some may be unfailingly polite, while at the same time they are making deliberate attempts to disrupt the community. They may game the rules, possibly following the letter but not the spirit of a policy, and they may repeatedly violate social norms.

There are as many motivations for griefing on Wikipedia as there are griefers, but common causes are:

In terms of dealing with griefers, the community must eventually make a cost–benefit analysis to determine whether a participant's contributions justify the loss of morale they inflict on other users.

Dealing with a griefer is often dependent on the exact nature of their activities.