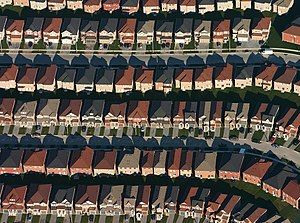 Something that is run-of-the-mill is a common, everyday, ordinary item that does not stand out from the rest. Something or someone that is "run-of-the-mill" is probably not notable.

There are many subjects for which reliable sources independent of the subject exist. One may assume on this basis that they are notable. There are just so many of these things in the world, which are so commonplace that if an article on each were to be created, there would be so many articles on these alone, possibly more than there are total Wikipedia articles to this day and Wikipedia would be clogged with them, in the sense that it would be harder to structure content and it would make it hard to find notable material.

A street map shows every street within a city, down to every cul-de-sac with just four houses. Every city has several detailed street maps that have been published. In one square mile of an urban area, there are likely to be dozens of streets and there can be hundreds of square miles within a city and its suburbs. It is not practical to create an article on every street as the high volume might overwhelm the capacity of editors to maintain them. Almost every city has police and fire departments. These departments can be so busy that they are mentioned almost daily in the local news but again, they are just ordinary police and fire departments doing their jobs.

There must be something unusual, something unique about the subject so that the article does not just read blank is blank (which would essentially be a dictionary entry) and that it does not resemble hundreds of other articles by containing mostly the same words with a few fill-in-the-blanks. Once such notability has been established, the common sources (e.g. a map for a street) can then be used to verify the accuracy of information.

A commonplace item is not worthy of inclusion in an article if the source(s) cited in support of it likewise list exhaustively other items of the same genus, as distinct from source(s) describing or listing the item as independently noteworthy.

Examples of items or subjects[edit] 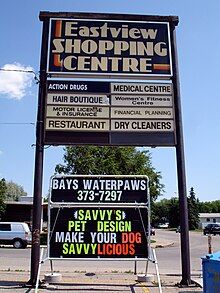 This strip mall is probably important to the nearby residents, and it is probably mentioned in a number of local newspapers and newsletters. But this doesn't necessarily make it notable.

Some subjects in particular are extremely commonplace. This does not mean they are never notable. But it is surely not possible for all of them to be.

Nearly every house is listed in some directory identifying the company that built it and the people who live in it. This does not make it notable. There is a right to privacy when it comes to writing about a residence. Articles can be created on historic houses that a notable person has lived in or that are notable for another reason. Apartment complexes, housing developments and trailer parks, even though there may be websites about each one and even though they are often displayed on maps, are not notable on this basis.

Shopping centers, strip malls, office buildings, business or industrial parks or medical centers may have a lot of information from reliable sources giving them bare mention.

In every city and town are single-location businesses (e.g. retail, restaurant, gas station, auto repair shop, motel) and in some places, most businesses fit this description. Yet they may be mentioned in reliable sources.

In professional sports, each game will receive deep coverage from the local papers of the team's city and at minimum, a box score from papers elsewhere. Each professional sports league has plenty of teams (some have more than 30) and a sports season has many games (Major League Baseball has 162 per team per season). It is not practical to have an article on every game ever played. Imagine an article on "July 8 Cardinals vs. Brewers game" and "July 9 Cardinals vs. Brewers game" and "July 11 Cardinals vs. Cubs game" and so on. More encyclopedic would be articles like 2009 St. Louis Cardinals season, which describe the highlights of the season.

Some articles not to create based on common sources only are:

Dealing with a run-of-the-mill article[edit]

First, make sure the article is on a run-of-the-mill subject:

If, after this review, you feel the article is, indeed, run-of-the-mill, you may take action.