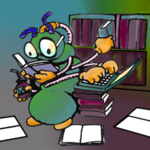 After a day of hard work, even Wikipedians need to have a little fun.

Some people think that user categories that serve no real collaborative purpose, games, images of Wikipedians, WikiLove pages, et cetera, need to be deleted because they are not useful when building the encyclopedia. They often cite pages such as WP:MYSPACE and WP:ENC.

Some of the rationales for keeping such pages is that, more than just an encyclopedia, Wikipedia is a community. A community likes to have fun at times, and, at other times, it's 100% serious. Such pages are helpful in helping users feel better when contributing to the encyclopedia. Just because it's a page that isn't serious doesn't mean it hurts the community. In fact, it very often helps by taking away the stress.

Usually it's a bad idea to canvass, but there's actually such a thing as good canvassing when it comes to improving the site—mainly when it deals with behind-the-scenes maintenance. For example, if it weren't for one user bringing articles for creation's backlog to the attention of other members of the community who had never heard of it before (like many users before they saw a user make a post about it), the massive backlogs would never have been cleaned up.

Category-populating userboxes are one of the user-friendly ways of pulling together the huge amount of editors on the site in hopes of finding those with similar interests to help edit the lower-traffic areas of the site. Walk down any given street and it's unlikely you'll find many people interested in the Napoleonic Wars. You might even try posting a classified ad in the local newspaper in vain. However, drop by our interest category and magically, you have a huge pool of editors who are more than likely willing to help research some changes for an article on the subject.

Although subject interest categories and userboxes have overt functional purposes, some simply seem to have no purpose whatsoever. After all, why on earth, would someone need to know that someone is flirtatious or that someone prefers editing in a sauna in order to improve an article on astronomy? Simple: they serve to remind us that when even the most heated debates can take place in content disputes, Wikipedia is still in the real world, and that the person with whom you are arguing is actually a person—not just some text on a screen. 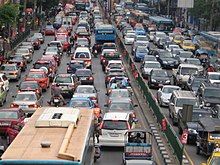 Picture of traffic, in case you've been lucky enough to never see it in your whole life.

A similar phenomenon exists with road rage: people seem to be more likely to get angrily frustrated when stuck in traffic when compared to a being in a long line at the grocery store. Both environments are expected to always be plagued with the same problems (e.g., long waits, slow progress, annoying children), yet there's something qualitatively different about being in an environment where you see primarily tail lights (or, as most people call them, idiots) versus being in an environment where you are primarily face-to-face with another human being. 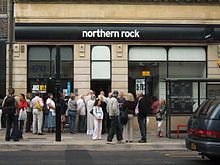 Waiting in line stinks, but at least you can talk to people.

Arguably, the same dichotomy exists on Wikipedia. We're primarily text-based in our interactions, and editing is done by following in the footsteps of those that have come before you. Editors rarely see the faces of other editors, and even more rarely do they ever enjoy the luxury of voice-to-voice or face-to-face contact. Essentially, editing consists largely of staring at tail lights. Consequently, this may cause more heated debates on controversial topics and may account for increased personal attacks and other ad hominem arguments, including allegations of cabalism. After all, it's easy to picture an evil, shadowy cabal when the only real images you are able to form of its members are just that—faceless shadows.

Casting light on the shadow[edit]

In order to humanize the otherwise shadowy and mysterious creatures that edit Wikipedia (i.e., you), it is necessary to bring them into human light. As a result, much of the purpose of some of the more subjectively "pointless" areas of Wikipedia actually play an invaluable role: they serve to remind us that the person on the other end of any passionate debate or edit war is, like you, a human. They serve to show us that no matter how much we disagree, the vast majority of us will usually be able to rationally figure out a good middle ground solution. Most importantly, these otherwise MySpace-y things serve to remind us, as cliché and redundant as it sounds, that we're not simply me, but rather that we're we.

After all, we are the ones who must accurately and without undue bias describe existence, itself, as everyone experiences it, while being sure to avoid the temptation of simply siding with that which one point of view thinks it should be or worse: that which another group thinks it absolutely must be. 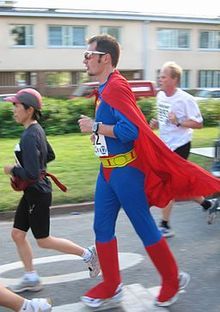 Tip: If you're ever involved in a content dispute, imagine everyone, including yourself, is dressed like Superman. It's hard to make personal attacks when everyone is wearing something silly.

Ironically, the things that humanize us and make us more vulnerable to criticism have the end result of making it harder to actually hurt us. Simply observe many bathroom stalls, highway overpasses, and riots throughout the world and one will realize a rule of thumb to destruction: the less alive the target is, the easier it is to destroy it. Whether it be a remarkable feat of engineering (e.g., an overpass for a highway), a critical barrier for modesty (e.g., a bathroom wall), or the coolest and most visited encyclopedia on the internet (e.g., Wikipedia), all share a common plague: vandalism. Thus, it seems that it's easier for people to deface something if the one doing so either does not realize how it negatively affects others or simply does not grasp the amount of hard work and dedication that has gone into creating that which is seemingly so easy to destroy.

Wikipedia is addictive. The fact you found this page and got this far into reading it is proof that we've hooked you. ;) But, how did this happen? Most people probably don't get addicted to their chemistry books in high school, and most chemists probably don't constantly revisit their freshman chemistry books on a regular basis, but here on Wikipedia, the opposite behavior is commonplace. People watchlist articles, constantly update them, and participate actively in things like writing essays about the site—all on their free time.

Our secret? Wikipedia is an extremely diverse, well-developed social group in which you can start drama, stop drama, find drama you never knew existed, learn something you never knew, chat in real-time, catch troublemakers in the act, give someone something special, meet like-minded individuals in real life, or just plain joke around. Long story short, we realize that while we're technically supposed to be only an encyclopedia, and that while technically we're supposed to be all professional and such, we realize that if that ever happened, we'd break our addiction to our community and our friends, and the site would fail.

So, despite being addicts, we're totally fine with it, because we know we're actually doing something good for the world. 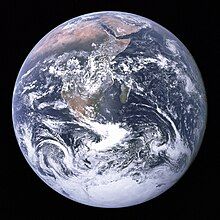 Earth. It's not critical to understanding this essay, but since the community tends to think that pictures make articles more accessible and it's totally free for us to use even in the most random essay, here it is—arguably one of the most iconic symbols of community.

Some argue that the encyclopedia should be more encyclopedic than community-oriented—that we should elect to keep interaction to a minimum in order to satisfy the prime objectives. They argue that the community is minor and secondary to the ultimate goal of creating an encyclopedia. Whether or not that approach is correct is uncertain; however, we must be careful in restricting elements of the community excessively, because it is obvious that our encyclopedia's success is directly proportional to the level and frequency of involvement of those generating its content and maintaining the backend—the community.

We're technically an encyclopedia; but, we're an encyclopedia that exists because of and is maintained exclusively by the community. Because the community generates the majority of the encyclopedia's content, disagreements will occur, and it helps to keep conflicts productive using reminders that those involved are real people in real life.