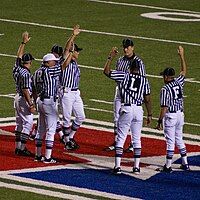 Sometimes editors will undo a change, justifying their revert merely by saying that there is "no consensus" for the change. Ask yourself: will preserving "consensus" be best for the editors and the readers? If you believe so, slow down, reread talk, verify sources and pause before acting. Genuine consent is freely given, while no consensus can be a take. 有时候编辑者们会撤销一项更改并仅仅用“无共识”来解释这一撤销。问问你自己：维持现状对编者和读者是最好的吗？如果你相信如此，慢慢来，重读一遍讨论，查证来源，在着手行动之前先暂停一下。真正的共识是自由产生的，而无共识也是可以被接受的。 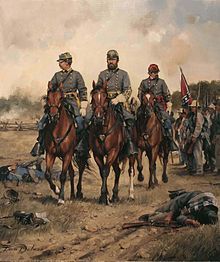 By intense stonewalling, Jackson helped the good guys win the war between the states, right?

Reverting on a "no consensus base" without any further info tries to avoid any discussion. It's one of the strategies of Wikipedia:Status quo stonewalling. After all, if one reverted the edit already shows that there is no consensus. But when authors neglect to explain why they personally disagree with the edit or where the consensus in question was concluded, they haven't given people a handle on how to build any new consensus that is desired to enhance WP's articles and their individual quality. 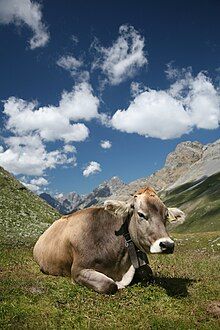 Make her happy and ring her bell, the Wikipedia generic Commons needs innovation, transhumance instead of standstill

Handles to build consensus are needed by both sides of the debate. If you can't point out an underlying problem with an edit, there is no reason to immediately revert it. Revert only when necessary. If you just have a bad gut feeling about the edit, try to put appropriate quality tags and put some questions at the talk page. Involve portals and experienced authors. Finally, there may in fact exist silent consensus to keep the change. Consensus is not unanimity, and is thus not canceled by one editor's objection. Furthermore, if an edit really breaks certain established consensus, you should be able to refer to the discussion section, FAQ set, portal policy where this consensus was established. Edits to long-standing Wikipedia policies and guidelines may be reverted without much such notions - as in those cases the establishment of consensus needs no further proof. But note that Wikipedia:CCC - consensus can change - applies there as well. That said, it's the responsibility of the reverter to show and prove the consensus in question. One might as well ask editors which had an intense discussion on a certain aspect to mark and summarize the reached consensus formally. Wikipedia lacks tools to identify milestones of an articles development and neither has sufficient templates nor pointers for talk pages.

Wikipedia should encourage contributors and atttract new contributors to be bold in editing articles. Experienced authors may however tend to defends articles as their personal turf and may be under a Semmelweis reflex against innovation and new perspectives. Don't protect Wikipedia against new content and don't be anxious if other authors seem to have found evidence you not had heard of before. That might happen. Scientific knowledge and knowledge in general is exploding. Wikipedia should follow and welcome it, not exclude it. Reverting a bold contribution solely on the basis of "no consensus" is a sign that the reverter simply did not like the edit. Moreover, if one editor favors a new addition (i.e. its contributor), and another opposes it (i.e. the potential reverter), consensus is no closer to being against it than for it until more editors comment or edit, or until the two editors in question can move toward a compromise, preferably through editing.

It is best to first consider whether there is a substantive problem with the edit in question. Mention that. Tag it. If it added unsourced or poorly-sourced information, try to find said information yourself, or failing that, note that in the revert summary. If it made the presentation of material awkward, tag it. Edit to make the presentation less awkward. Question awkwardness on the talk page. If the bold edit added a biased statement among others less controversial, try to find a way to recast the bias into a neutral mode or just revert that aspect only. Avoid Overzealous deletions. If it added instructions on how to do something, explain that Wikipedia is not a manual. If it removed content with no explanation or an unconvincing one, note that you are restoring valid content, and why the explanation is unconvincing (if the edit summary box is too small for this, continue on the talk page).

If you feel that an edit should not stand, but you can't point to any specific reason, stop and think before you act. Just never make any edit without a reason.

Stay friendly. Wikipedia should stay a comedy of the commons. Life is hard enough.