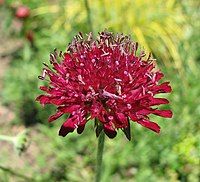 As an example of a sentence, take "Harold Blowman (1957–1994) was an American actor best known for his performance as 'Billy' in the movie Don't Shoot the Monkey." This single sentence actually states more about the subject of the article than many stub articles of thrice the length which are "padded" with unsourced POV adjectives ("renown","gifted","highly-acclaimed", etc.) and dubious attempts at "notability through association" ("Blowman was part of the social circle that included [famous person A], [famous person B] and [celebrity C]").[1]

But what does this sentence really say about Harold Blowman? Not much. It doesn't state who he was or establish whether he merits an article under Wikipedia's notability guidelines. Was his portrayal of 'Billy' commented on by film critics? Did he do other acting on stage or on the screen that garnered the attention of reviewers? Did his acting influence other actors? Was he associated with a particular notable director? Why did the editor spend a significant amount of his (or her) time to write this one sentence definition, and was that time well spent?

The last question can be answered definitively: NO. If an editor cannot find enough information on a subject to be able to write at least four non-repetitive sentences about him/her/it, then the article should not be started until there is sufficient information to "do it justice." If there is not enough information for at least four sentences of writing, it is most likely that the subject of the proposed article doesn't merit one in the first place under the notability guidelines.

Stone walls do not a prison make,
Nor iron bars a cage;
Minds innocent and quiet take
That for an hermitage
Richard Lovelace, To Althea, From Prison, 1642